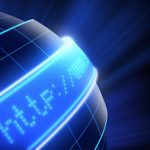 There are certain web developing skills that must be mastered in order to successfully navigate the business. The top skills are common, necessary and reflect the current trends in the industry. However, without these basic skills, the web development process is a quagmire of fragmented information.

CSS is an acronym for cascading style sheets. It was developed to separate web content for web design elements. It was developed in 1997 and became popular as web browsers began to become brand oriented and more personalized. This allowed HTML to perform its primary function without being encumbered by design and layout. Currently, web browsers are beginning to utilize third generation CSS and most support first and second generation CSS. CSS is the face of the website and without it, websites would be boring and ineffectual at keeping reader’s attention. The Web as it is known today would not exist without it.

HTML is an acronym that means Hyper Text Markup Language. This is the language that enables browsers to show web pages. HTML is constructed of elements called tags and has several versions that web browsers utilize. The earlier versions have the most browser support. HTML keeps its text file status throughout its interaction with web browsers and is legible by humans. Although other languages can also be read by humans, HTML is in common language and no new language has to be learned to understand it. HTML 5 is the latest version being utilized and is characterized by at least 25 new tags.

Java Script is the most common programming language available in the world. It is the language for HTML, smart phones, tablets, servers, computers, and for the Web. It is very dynamic in the HTML realm. Java Script can validate data, alter HTML CSS styles, and change HTML elements and attributes. Java Script is not to be confused with Java. They are two very different languages and Java Script was originally developed for the now defunct Netscape browser.

AJAX stands for Asynchronous JavaScript and XML. Ajax performs web page updates without reloading the entire page. AJAX is not a new language, but a recent means for using various forms of existing languages to exchange data with a server. This is the process that allows changes without reloading the whole page. Older pages without Ajax are not as dynamic as sites that incorporate this new technology because the entire page must reload when the content changes. This technique produces very fast, engaging web pages.

Ruby on Rails is most commonly known simply as rails. It is an open source for Ruby based Web development. It is similar to Python and Perl because it utilizes object oriented language. However, Ruby on Rails is so popular with freelance ruby developer Melbourne because it is a user friendly framework that immediately applies any changes to the application instead of the time consuming process that is common with traditional frameworks. This greatly reduces the development time. Rails is made of multiple sections including several action options, as well as, Prototype and a relational mapping layer called Active record.

Software Testing evaluates software initially to determine if all the goals involved with the development process have been achieved. The process should verify and validate these goals or identify their deficiencies. This is necessary for the developer’s and the customer’s specifications. The basic testing allows the developer and customer to assess the level of completion of the project. Basic testing includes black and white box testing, as well as, functional testing, unit testing, integration testing and system testing. The project also has to be beta, stress, performance, usability, acceptance and regression tested.

User experience is a very important part of Web development. It is the user’s experience with the site that will determine the site’s ultimate success. If this step is ignored, the entire project could be in jeopardy of being unsuccessful due to lack of traffic. This experience is measured under certain auspices including the meaningful and valuable aspects of human to computer interaction, product ownership, as well as, affective, practical and experiential user experience. User experience is in constant flux due to many different perceived and real situations. It is important to gain a complete understanding of how the user interacts with the site to determine the final satisfaction with the Web design.

A database is information organized in a manner that the system can quickly retrieve the information requested for specific purposes. Traditional databases are organized according to files, records and fields. Hypertext databases link objects to other objects. This method allows large amounts of separate information to be organized in a non-numerical manner. However, because it is non numerical, it is irretrievable by numerical methods. Databases are important in web development in which businesses or entities will be gaining massive amounts of useful information that needs to be retained and retrieved in various methods for analysis.